Jallianwala Bagh, 1919: Before and After, an Excerpt

A day after the Jallianwala Bagh massacre, Dyer, showing no remorse at all, went around Amritsar threatening people of dire consequences should they fail to follow his instructions.

The odds were being stacked against the people of Amritsar. They had been grievously wounded and killed. Yet, they had not retaliated in any way. Martial law would now be formally announced, making them more vulnerable to the whims of [Col Reginald] Dyer and his men.

On the evening of 14 April, the attempt to terrorise the residents of Amritsar continued with the arrival of Dyer at the Kotwali. He made his anger evident—speaking in Urdu all through. It was a technique he had used often and successfully when stationed at the North West Frontier: browbeating the enemy.

He made it clear that despite his murderous assault on 13 April, the people of Amritsar were the guilty party and if they attempted any retaliation, there would be more deaths. He too did not go to Jallianwala Bagh, nor did he offer any help. Like Kitchin, his voice and demeanour were meant to humiliate and frighten the civilians. He also wanted them to betray those who had murdered the five Europeans or participated in the destruction of the buildings on 10 April. He said he would ‘shoot the badmashes’. He wasted no words on the hundreds of innocent people he had killed the previous day

‘You people know well that I am a sepoy and soldier. Do you want war or peace? If you wish for war the Government is prepared for it, and if you want peace, then obey my orders and open up all your shops; else, I will shoot. For me the battlefield of France or Amritsar is the same. I am a military man and I will go straight.’

He wanted the shops, which had been closed because of the anti-Rowlatt Act hartal, to be opened—or they would be opened forcefully, with rifles.

‘You people talk against the Government, and persons educated in Germany and Bengal talk sedition. Obey orders, I do not wish to have anything else. I have served in the Military for over 30 years. I understand the Indian Sepoy and the Sikh people very well. You will have to observe peace… you must warn me of the badmashes. I will shoot them.’

[Deputy Commissioner] Irving spoke next and reiterated the sentiments of the General: ‘You have committed a bad act in killing the English… revenge will be taken upon you and your children.’ Nothing could be clearer. Under daily curfew, with ordinary life completely disrupted, with even electricity and water supply cut off, and constant harassment, Amritsar became a dark place.

But Dyer had tasted blood and realised that the more he humiliated the Indians, the more his stock rose with the British—he was not going to stop. And there was no one to stop him.

Thirty-six miles away in Lahore, similar punishments were being meted out randomly. The number of British Indian subjects who were stripped, jailed, whipped, made to crawl, salaam, starved, etc. grew disproportionately larger.

5. All males made to sweep and do sanitary work (Malawakal, Sheikhupura)

(This list of Martial Law orders is from Helen Fein’s Imperial Crime and Punishment : The Massacre at Jallianwala Bagh and British Judgement, 1919-1920. The University Press of Hawaii, 1977)

Then there were also individual punishment orders which included flogging, forcing prisoners to rub their noses in dirt, forced marches, abuse, bombing threats. The ‘rituals of abasement’, as Helen Fein called them, were again long and varied—depending on the diabolical imagination of the man in charge.

People were placed in cages (as in Kasur), or even evicted overnight from their homes for no reason. The martial law orders were meant to reinforce the low status of the natives.

Many of the orders were petty and mean—such as those that forced men of higher status to clean drains. Others were meant to directly quell the ongoing hartal.

A notice under Martial Law Rule No. 2, issued by F.W. Berberry, the Officer Commanding in Gujranwala, stated that those shopkeepers who refused to sell articles at a reasonable price or shut their shops when someone from the army or police required something, ‘would be arrested and liable to be punished by flogging’. Gujranwala had seen quite a few outbreaks of violence, and so the orders here were quite similar to those passed in Lahore and Amritsar.

Honorary Magistrate Mian Feroze Din said: ‘People used to be whipped for not standing up while salaaming the General and Mr Plomer. Those who did not salaam were at times arrested. I saw a few cases of such whipping and of such arrests myself. The people were so terrified that many had to keep standing practically the whole day to prevent any mistake on their part and to avoid any such punishment. I say “practically” because they had to stand up every time they heard the sound of a motor car. I myself did so.’

There was also an order that made it a crime for more than two Indians to walk abreast. ‘Whereas it is expedient to prevent violence or intimidation, if more than two natives come and do not give way to a European, that is likely to lead to a breach of peace,’ is how Lieutenant Colonel Johnson, who invented this particular order, explained it.

First Amritsar and now Punjab was converted overnight into a jail in which the army was free to act in the most sadistic way possible—all they needed to do was to promulgate an order.

This excerpt has been taken from Kishwar Desai’s book Jallianwala Bagh, 1919: Before and After which is published by Westland. The Longest Kiss: the Life and Times of Devika Rani, an Excerpt 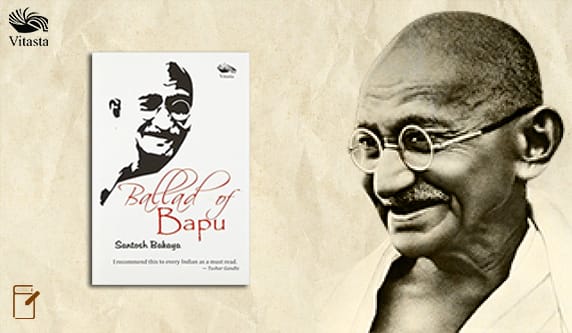 Dandi March, a Poetic Excerpt from Ballad of Bapu