Irrfan’s was a world of dreams and beauty in which we all got to live briefly. We are so lucky.

Ahh, those eyes! They were the gateways to the heavens that evoked the gods old and new.

They say that the planet earth is a star. So how could one star remain that close to another. They need distance to appreciate each other’s existence. Often, people find appreciation for others only when they are dead. But here, we all loved Irrfan while he was Ranvijay, Ashoke, Pi Patel, Paan Singh Tomar. Where was that distance then?

It always hurts when someone leaves us without saying goodbye, he said in The Life of Pi. But isn’t there a tinge of hope in every goodbye that the other person would come back. At least I have his words? No, you were wrong Irrfan. You left us a message and it continues to haunt us. Your voice echoes in the empty rooms of our hearts. The hope of seeing you again and the reality of knowing it won’t happen again is making those walls vibrate hard. You lied to us. You never came back.

You are the wonder that happened to the world who left us wondering what would you do of all that love.

Reproducing here a part of the introduction to the book that Aseem Chhabra wrote on Irrfan. It talks about his films and an analysis by the author. I’ll leave you at this point as I still can not accept Irrfan’s passing away. It would take some time for me to get back to his films. The pieces of my heart are still finding their way to me, I lost them when the world lost Irrfan.

*Part of Introduction from the book, Irrfan Khan: The Man, The Dreamer, The Star

Irrfan Khan, by all accounts, has an unusual and fascinating filmography. I loved him in Life of Pi (2012) and The Lunchbox (2013). In both the films, Irrfan’s characters live with so much pain, regret, and a deep sense of loss that it is impossible not to cry with them. I can watch some of the scenes of The Lunchbox just to admire Irrfan’s quiet, meditative performance — heartbreaking — until he starts to feel the joy of falling in love.

After its premiere at Cannes in May 2013, The Lunchbox also premiered at the Telluride Film Festival, and a week later, at the TIFF. The first screening in Toronto at the Roy Thomson Hall ran into technical problems. To engage the audience, Irrfan, the film’s lead star, stood on the stage for nearly 40 minutes with his director Ritesh Batra, conducting an impromptu Q&A session. ‘No producer or director wants to cast me in love stories,’ Irrfan said, responding to someone who had asked him how he felt about playing a romantic character. ‘They don’t see love in me. The first time I came to TIFF was with Maqbool, and now with The Lunchbox. Both the films are love stories. Maybe because of TIFF I will be in more love stories.’

The packed auditorium with over 2,500 people — mostly South Asians from the city and its suburbs — had not yet seen the film, but still they waited patiently, loving every moment of that extra time in which they got to hear their favourite actor speak. No one complained that the screening was significantly delayed.

That Irrfan had made his mark in indie, art house cinema in India became even more evident when, in the same year, TIFF also premiered a second film of his — Qissa: The Tale of a Lonely Ghost — director Anup Singh’s Punjabi-language gender-bending folk tale about the Partition, dislocation and regret. At The Lunchbox after-party, I congratulated Irrfan for having two films at the festival. He seemed a bit concerned about how the audience in India would react to Qissa: The Tale of a Lonely Ghost. But he was also basking in the fame and recognition, as more and more people walked up to him at the party to shake hands, take selfies or just stand there and look at the star.

In May 2015, I saw Irrfan in Shoojit Sircar’s Piku, in which he plays the owner of a taxi service in South Delhi who, quite reluctantly, takes an eccentric old man with troubled bowel movement (Amitabh Bachchan) and his fiercely independent, short-tempered daughter (Deepika Padukone) on a road trip to Kolkata. Irrfan’s Rana is stuck between a strange father-daughter duo. They love each other and yet are constantly bickering over small things. It was the first time I saw Irrfan’s eyes sparkle with humour, as he would stare at the father and daughter in total disbelief. I tweeted about it and Irrfan responded by thanking me. ‘It’s a special film for me too,’ he wrote.

While watching Piku I also sensed something new about Irrfan. He actually had quite a bit of sex appeal. Until then I had not thought about Irrfan as a sex symbol and no other filmmaker had explored that aspect of his personality. He had depicted flashes of romance in his earlier films, including a few warm moments with Tabu in the otherwise deeply sad film, The Namesake. In Maqbool, he and Tabu had some seductive moments. Irrfan usually comes across as an intense actor, very likeable, but mostly because he surprises us with his performances. But in Piku I saw Irrfan’s Rana slowly fall in love with Deepika’s Piku, especially when the two quietly exchange glances during the road trip. For a Hindi-language film, their romance takes a very long time to blossom, but it is real, and very believable.

Actor-director Tigmanshu Dhulia, his friend from NSD, also had similar thoughts on Irrfan’s sensual appeal. ‘Irrfan’s got a great sex appeal and he triggers the sensitive side of women in an intellectual way. He’s not for frivolous women, but for those with substance. Any woman who has some intellect will find Irrfan really attractive.’

I know I do not fall into the category of a ‘woman who has intellect’, but I think, with Piku, even I developed a man-crush on Irrfan. To me, he is one of the sexiest and coolest actors working in Hindi cinema. 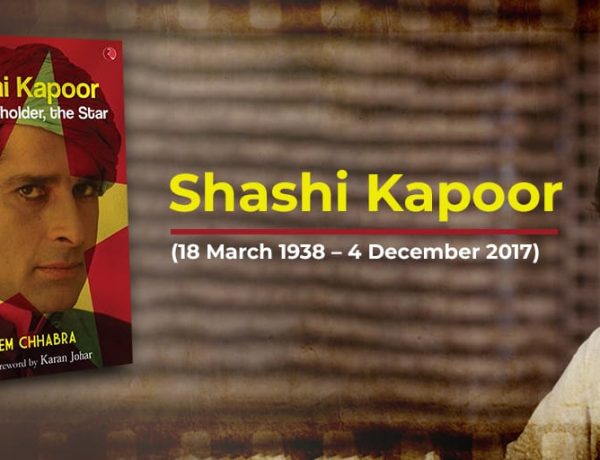 Shashi Kapoor, A Moon With Eyelashes