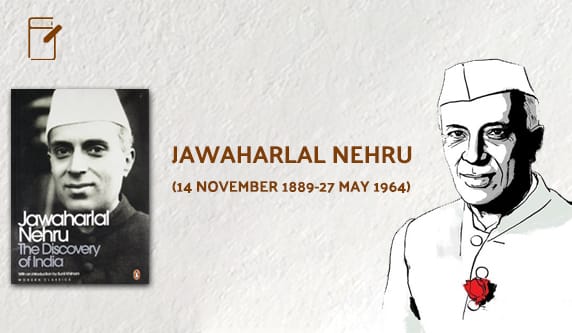 The Re-Discovery of Jawaharlal Nehru Through 7 Quotes

On the 131st birthday of India’s first Prime Minister, Pundit Jawaharlal Nehru, we rediscover the man through his thoughts at various points in his life.

“India has known the innocence and insouciance of childhood, the passion and abandon of youth, and the ripe wisdom of maturity that comes from long experience of pain and pleasure; and over and over a gain she has renewed her childhood and youth and age”

Jawaharlal Nehru, The Discovery of India

When Pundit Ji took over the prime-ministership, India was still a young nation. We had nascent aspirations. We were not thinking of space explorations like western countries. We were just worrying about a full plate of food.

The transition from being a civilizational state to a nation-state hadn’t been really that smooth. We as a nation were still coming to terms with ‘what did it mean to be independent?’. Or in Pundit Jawaharlal Nehru’s words, we still had that innocence and insouciance of childhood.

But now that we are more than seventy years old, do we have the maturity of the age? We have seen the passion and the abandonment of the youth in varying degrees, but have we really matured with ‘ripe wisdom’? Is the prevalent hate for Pt Jawaharlal Nehru in contemporary India really a sign of maturity? I refuse to believe that acute hate for someone is a sign of maturity, let alone wisdom.

We may have gone through many advances as a nation, but we still can’t see people as who they are, i.e. humans. We can’t digest the fact that our leaders are not Gods after all, no matter how much we like them to be. We as a nation are still collectively living in a self-loathing, nasty, vicious circle where we still can’t appreciate a person who looks like us.

A leader can only be a leader when he or she is superhuman. More than anything, he or she shouldn’t be like us.

“Failure comes only when we forget our ideals and objectives and principles.”

There is an individual, and then there is society. A society thrives only when the individual takes complete ownership of one’s action. After all ideals, objectives and principles stem from individual efforts and become accepted through social contracts.

Culture is the widening of the mind and of the spirit.

It’s the most common misconception amongst the fundamentalists of any colour, i.e. the culture needs saving, hence we need to stick to a certain anthropomorphic set of practices. But like most intangible things, it’s the entities that create them need saving. The individual is the centrepiece to any schema in a society. If the individual is given space to thrive both spiritually and intellectually only then the culture can build upon its past glories.

“Whatever gods there be, there is something godlike in man, as there is also something of the devil in him.”

Jawaharlal Nehru, on his favourite book crime and punishment by dostoevsky

The day we accept both our divinity and darkness, will be the day we stop putting people on higher pedestals. It’s the kind of self-acceptance that brings both love for oneself and the others that give the wisdom to see others as who they are, i.e. humans.

“And yet fear builds its phantoms which are more fearsome than reality itself, and reality, when calmly analysed and its consequences willingly accepted, loses much of its terror.”

At a time when social media breeds hysteria, we can take a cue from what Nehru had to say about fear, terror and its consequences. We need to calm down, and start analysing what we perceive as our fears instead of first acting and then analysing.

“For only they can sense life who stand often on the verge of it, only they whose lives are not governed by the fear of death.”

In a society that rewards mediocrity, the individual has to transcend his or her perceived boundaries and try to bear as much load as possible in order to fulfil his potential.

“We talk of high philosophies and our ancient greatness but act in narrow grooves and show intolerance to our neighbour. These are basic questions for us to keep in mind, for our future depends on the answer that we give to them.”

Let your actions define your greatness, not to which caste or religion you were born into. Yes, the respect for one’s forefathers needs to be there but to truly mark the greatness of your values, you need to show them by practising.

“Any vital action springs from the depths of the being. All the long past of the individual and even of the race has prepared the background for that psychological moment of action. All the racial memories, influences of heredity and environment and training, subconscious urges, thoughts and dreams and actions from infancy and childhood onwards, in their curious and tremendous mix-up, inevitably drive to that new action, which again becomes yet another factor influencing the future. Influencing the future, partly determining it, possibly even largely determining it, and yet, surely, it is not all determinism.”

Jawaharlal Nehru on the imporatnce of taking action

In the above quote, Nehru tries to capture the truth of the universe. It’s not all determinism, that’s why people who desire power more than anything else end up wreaking havoc more than anything. Yet, by taking the right amount of responsibilities we can try to determine our future. It’s Yin and Yang. It’s the Narsimha. It’s the chaos breeding order or order emerging out of the depths of chaos with the right amount of determinism.

Pundit Jawaharlal Nehru was many things. He may have had his flaws. But to constantly haggle over whether he was an all-knowing GOD or a fatally flawed ASURA is as futile a debate as any can be. Instead of trying to bring a down his legacy by both demonising him or raising him to the level of Gods, we should celebrate the trail of ideas that he left behind.

We should celebrate the man, and not the myth. Happy Children’s Day! 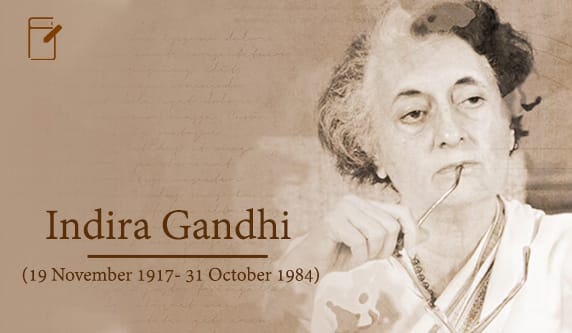 Indira Gandhi: A Life In Books